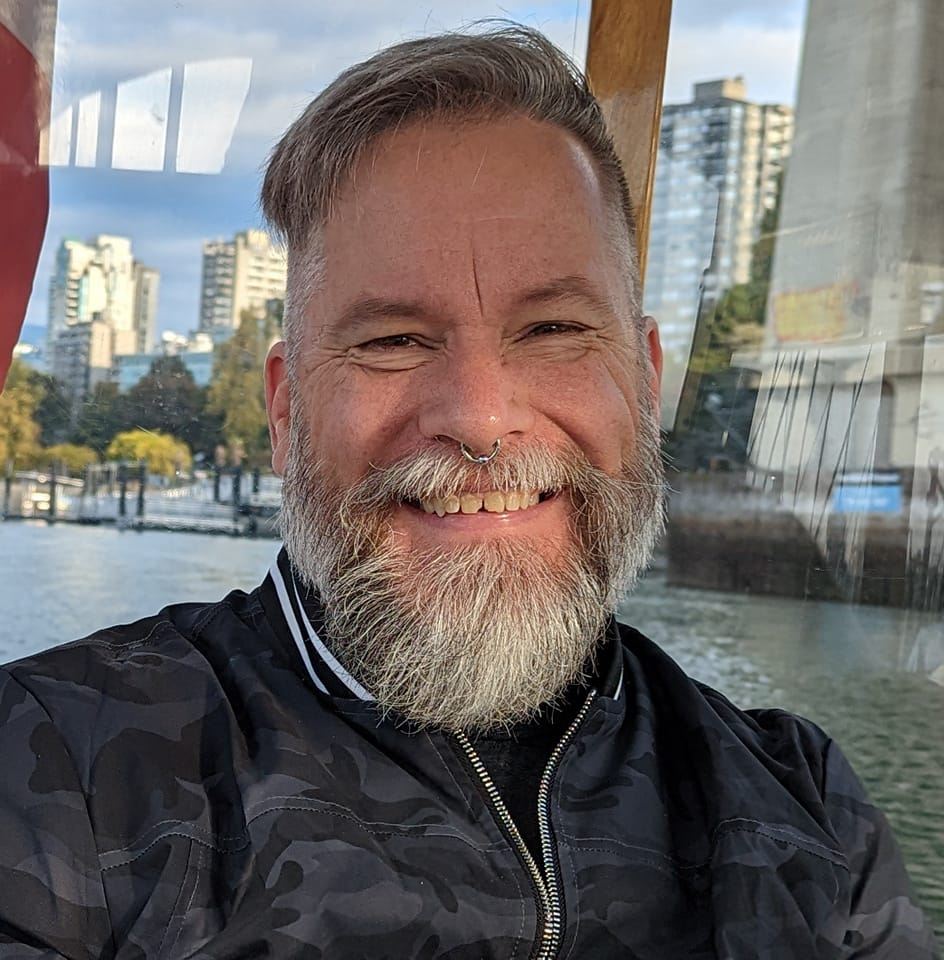 As a self-described disciple of Henry David Thoreau, Bob McDiarmid is both a writer and an activist. He works very hard to live an uncomplicated life in complicated times.

Bob resides in Palo Alto, CA with his husband David. An avid cyclist, he has participated several years in AIDS Lifecycle, a 550-mile bicycle ride from San Francisco to Los Angeles and the Friends for Life Bike Rally from Toronto to Montreal, Canada. In the spirit of giving back to the community, the entirety of his royalties are donated back to HIV/AIDS charities.

The House
of Wolves

Enveloped by the native spirits of the Pacific Northwest, Roy Wallace and David Moreau’s newfound relationship begins. David soon introduces Roy to the House of Wolves, a community of gay men where honor, companionship, spirituality, erotic desire and brotherhood guide the way. Each man living in the house represents a totem from the spirit world, and each one has committed himself to finding a unique path in life.Having lost their visionary founder to AIDS, the household has been faltering and losing faith in the dreams that brought them together. Energized by his new relationship with Roy, David takes the final steps for the brotherhood to grieve for the past while striving for an incredible new future. The men of the House of Wolves soon come to realize that this new future demands sacrifice and strength. Mystical spirits wait down forest paths as the rituals and traditions of the household are revealed. Everyone-the living and dead-are forced to confront their fears and their faith in order to embrace the extraordinary in their lives.

BRIEF MOMENTS beautifully captures those fleeting thoughts and interactions that, through time, become the narrative of a life.
Using an economy of words, each vignette grants the reader’s own imagination the permission to fill in the details. Each story
resonates with its insight and crisp depictions of authentic characters, situations, and scenes.

Milton and the Morning Monk

Bill Emory spent his childhood chasing love, but it always seemed to be kept from him like a secret. After fumbling around his small Idaho town fighting his way through adolescence, he thought he’d finally found what he thought he wanted when he arrived at Saint Gertrude’s Seminary. Everything changes the day he is introduced to Milton Fournier. From the author of ‘The House of Wolves’ and ‘The Do-It-Yourself Guide To Getting Over Yourself’ comes a new gay romance about finding love when you least expect it – and what we’re willing to do to be with the one we love. “Milton and the Morning Monk” is a story about overcoming obstacles and reconciling our faith with who we truly are.

The Do-It-Yourself-Guide to Getting Over Yourself

Getting dumped sucks! We’ve all been there. This short novella follows the adventures of Bill, who is off on a involuntary vacation to the desert, organized by his hilarious roommate Barnum. Sitting by the pool one afternoon he meets Arthur, who convinces him that he’s not ready to give up on love.

ESOTERIC MINUTIAE is Robert McDiarmid’s second collection of queer microfiction. Each small story beautifully captures those fleeting thoughts and interactions that, through time, become the narrative of a life. Using an economy of words, each vignette grants the reader’s own imagination the permission to fill in the details. Each story resonates with its insight and crisp depictions of authentic characters, situations, and scenes.